I’ve noticed that since I’ve been away I haven’t updated you on the things I’m now doing what I’ve done in the past year etc. So, I feel that this blog post will finally give me an excuse to tell you more about myself so you can get to know me a little better. The problem with blogging as we all know is that sometimes life can often get in the way meaning we have very little time to blog, once you stop blogging your inspiration goes and your readers follow (Well some of them) not that you blame them. Blogging in a way is like a relationship but without the clingy other half, you have to keep your readers begging for more, like I suppose a romantic partner not that I’m experienced in that department and I’d love to say I took a break from blogging on a high leaving my readers begging for more but quite honestly, I didn’t. I’ve detailed in my previous blogs why I stopped and I’m not going to bore you with that because I’ll become like an old person in the early stages of dementia. So, I’m going to try and condense what I’ve been up to in this blog post, I’ll try and keep it short.

I have just finished full time education completing three A levels in English Literature, Sociology and Geography. I hope to be at university in September, studying English and Theatre studies although for privacy reasons I don’t want to disclose which university I’m going to go to. I can’t fully tell you what I want to be, what I want to do or where I want to go in life, but life has a funny sort of way of sorting things out for us so I guess I’ll just have to see where it takes me.

It seems strange to say that I am an “adult”, although I don’t look old enough I’m told that often enough; I usually get asked “So have you finished school, what are you planning to do next?” and I mean ok, I’ve still got my baby face but come on. I suppose in a funny sort of way I don’t mind people mistaking my age because I’m hoping I look young in my forties. I always joke that “I’m going to get a 20-year-old toy boy” when I’m forty, but thinking about it I’m two years off twenty and forty-year olds don’t seem to appeal to me. Sorry Dads.  For my birthday, I didn’t really want a big party because alcohol and buffets always seem to bring out the worst in people as it suggests in Othello “Why put an enemy in your mouth to steal away you brains” something like that anyway. And I myself am not a big drinker, I’m 5ft 2 (ish) and weigh 7 stone so I really can’t handle it, and I don’t really like paying for it either. So, alcohol isn’t really my thing as I’m an old soul finding nightclubs to be too loud and playing crap music and the alcohol not tasting nice, I suppose that’s not the point though alcohol isn’t supposed to taste nice in those sort of establishments, just get you drunk. For me I’ve not yet gotten drunk, I don’t want to be out of control in a busy town centre and I wouldn’t say I abstain but alcohol isn’t really my vice. I don’t think it’s clever as alcohol is expensive and you’re paying for yourself to be ill the next morning as well as face liver damage. No thanks. For my birthday, I got some lovely presents, I’m not going to post them on here and brag about them because I’m not that type of person and I also feel that it’s too late for me to write about them, maybe on my 19th. For me I thinks it’s not the presents that you get bought that you remember but more the experiences you have with family and friends which really makes it special. My birthday was on a day when I was at college so I couldn’t really do much in the day time, a lot of teachers were surprised I’d turned up, but birthdays are like busses they come and go. Luckily, I wasn’t starting until eleven so I got the morning to open my presents. To celebrate I was bought a bottle of champagne which I still haven’t drunk and we went out for a eat where I had my first legal drink. The next day luckily, I had a day off so my mum took me out to a patisserie for an afternoon tea. The half term holidays are usually quite close to my birthday so we headed up to York where I met my university friend and we went out for a few drinks and I was taken to Bettys tea room for cake. (I have a shocking sweet tooth if you haven’t gathered)

As part of my birthday present I asked to go to Berlin with college, I’m not a very materialistic person and prefer experiences I remember rather than having gifts. I had an amazing time we visited lots of monuments: 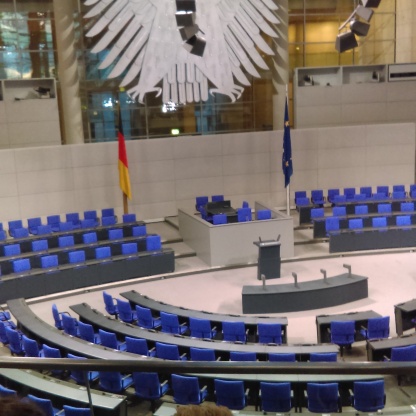 3.)I had a boyfriend

I’m not really going to go into this because I feel I am allowed my own sense of privacy and I want my blog to be a positive place which is like a warm hug. I dumped him but I’ve learnt a couple of things never go out with a man:

After not being able to vote in Brexit as I wasn’t old enough I could finally vote for my chosen political party. I voted and I was so glad that the youth vote rose because for a while politicians haven’t really cared about us because they haven’t felt that we could help them win. I feel like it works like this the young haven’t voted because of the lack of policies geared towards us and because of that there’s been even less policies geared towards us, so it’s like a vicious circle. After Brexit, I think we finally got the message and I know I kind of can’t include myself but still. The youth vote allowed labour to win more seats, which I’m very glad about.

I have been a volunteer for with Girl-Guiding UK for over seven years and I absolutely love it, it allows me to give back to my community and gain good experience around children. I’ve gained so much confidence and have enjoyed every minute of working with them, I don’t have a bad word I can say about any of them because they’re all little stars who make me laugh.

So that’s all I have to say for now, I hope you have enjoyed reading my blog please like, comment and share if you so wish to.

The Girl With Purple Dockers xx